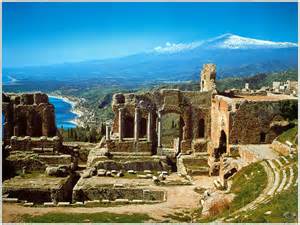 Taormina is, without doubt, one of the jewels of Sicily. Its mixture of magic and myth, medieval streets and secret passages has enchanted visitors for centuries.

Constructed on a terrace of Mount Tauros, at about two hundred metres, the city occupies a glorious position overlooking the sea with views of Mount Etna. Taormina was the base of the ancient Tauromerion colony and was founded by colonists from nearby Naxos who fled there when their city was razed to the ground. Taormina was one of the first cities to support Rome in the Punic Wars and was later the execution site of thousands of slaves when Rome reclaimed the city after the slave revolt in Sicily. Although the city flourished under Julius Caesar, the city’s worthies backed the wrong horse in their support of Pompey and suffered by losing their homes and daughters which were offered to the victorious soldiers of Octavian. 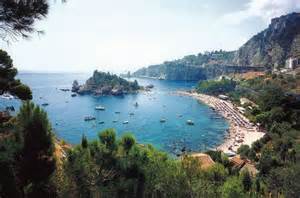 Greeks, Romans, Arabs, Normans, Spanish, French, all came, all left but all left a substantial part of their culture and heritage which can be seen and enjoyed today particularly in food and architecture. 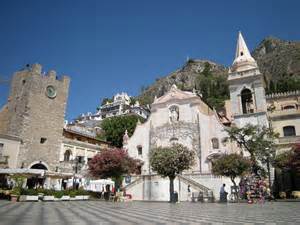 In the early part of the twentieth century the town became a centre for foreign artists, writers, philosophers and poets. Although Goethe was probably the first famous ‘tourist’, the painter Gelang was probably responsible for putting Taormina on the intellectual tourist map. He spent considerable time capturing the beauty of Sicily (and Taormina in particular) on canvas. The subject matter, being so different to that usually seen in the salons of London, Paris and Berlin, led to criticism of his work as ‘unbridled imagination’. Putting his money where his mouth was, he offered to reimburse the travel costs of anyone who, after a visit, felt that his works untruly represented the magic and beauty of the region……. 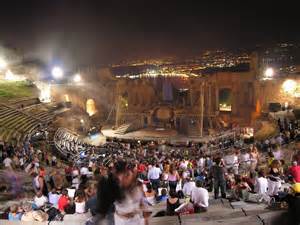 Wagner and Brahms composed here and German Emperor William II loved the place. D.H. Lawrence was inspired to write Lady Chatterly’s Lover here (rumour has it that the story was based on his wife’s intimate experiences with a Sicilian mule driver). 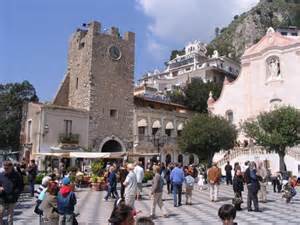 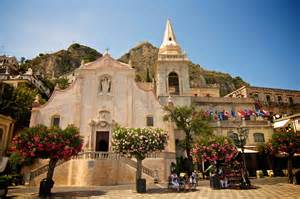 One the slightly more obscure side, you’ll find tourist shops still selling sepia postcard photographs of ‘nubile’ youths. Taormina had once become a centre for this early ‘soft-porn’ possibly because Taormina had been one of Europe’s top gay resorts since the Greeks! Oscar Wilde was also a frequent visitor, need we say more about the beauty of Taorminian youth? 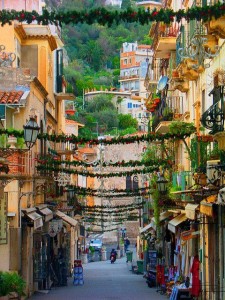 After WW2, Taormina shook off its rather seedy reputation as the ‘Sodom of Sicily’. The British writer, Evelyn Waugh, coming across a sign advertising “Ye Olde English Teas”, sighed and commented that Taormina ‘was now quite as boring as Bournemouth’.

Visit Sicily this year, you’ll love it. Have a look at https://www.italytraveltours.biz/sicily-tours for the best choice of tours from the leading specialists.