With a population of more than five million people, Sicily is the largest island in the Mediterranean (it’s more than 4 hours by car from Taormina to Palermo). Not much by world standards but, in Europe, pretty big indeed. 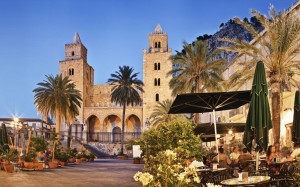 God’s kitchen? With a rich and unique culture, in many ways different to mainland Italy, especially with regard to the arts, cuisine, architecture and even language, Sicily is possibly Europe’s most historically cosmopolitan region. It has a ‘potpourri’ of a kitchen with influences left on its cuisine by a history of conquest and culinary influences from Greece, Rome, Byzantium, North Africa, Spain, Normandy and Germany. For instance apricots, sugar, citrus, rice, cinnamon, saffron, raisins, nutmeg, clove, pepper and pine nuts all came from the Arabs while cocoa, maize, peppers, turkey, and tomatoes were introduced by the Spanish from the Americas. 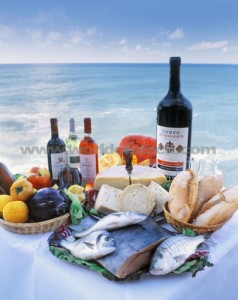 Traditionally the grain store of Rome, Sicily is an agriculturally rich, sunny island ranging from temperate coastal areas to the sub tropical heat of of the interior in summer. It’s not surprising that Sicily offers some of the most diverse and mouth-watering food in Europe. 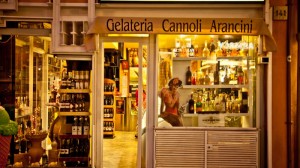 Let’s look at a few of uniquely Sicilian dishes. However, before we continue, be warned…… If you are planning a diet, do it after your holiday in Sicily! 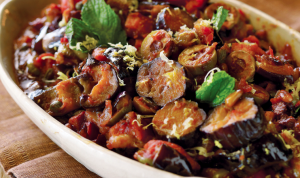 Possibly the most popular salad is Caponata, made with aubergines, olives, capers and celery. 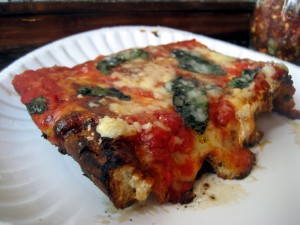 Sfincione is a local ‘pizza’ variant but usually found in a bakery rather than a pizzeria. It’s made with tomatoes, onions and occasionally anchovies, baked on a thick bread base and great as a snack. Also don’t miss ‘gatò di patate’, a potato and cheese pie. 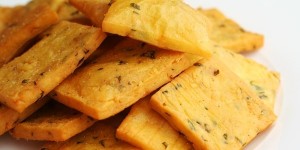 Starters include ‘panelle’, a pastry of chick peas (ceci) which are deep-fried or ‘maccu’, a creamy soup, also made with a chick pea base. ‘Crocché’ are potato dumplings or croquettes made with cheese, parsley and eggs and ‘arancine’ are fried balls of rice filled with cheese or meat. 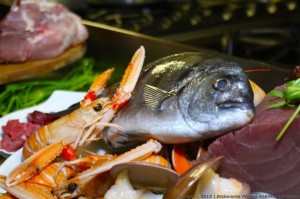 Sicily, as you would expect with such an extensive coast, has a great range of fish and seafood. Various types of cuttlefish, octopus and squid are often served with pasta (in the Trapani area, they use couscous). A local variant is cuttlefish and pasta cooked in its natural black ink, a similar dish is popular my part of Spain but made with rice, ‘arroz negro’. Snapper, tuna, bream, bass and swordfish are particularly good while sardines are a mainstay, one delicious Sicilian variant being ‘finnochio con sarde’, sardines cooked with fennel. My personal favourite is ‘spaghetti ai ricci’, spaghetti with sea urchin, which has become widely known in neighbouring Malta. 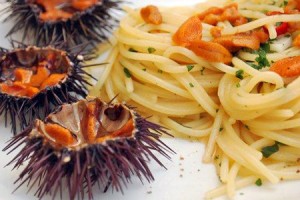 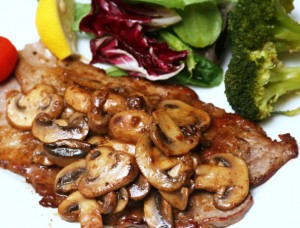 ‘Vitello al marsala’ (veal cooked in sweet marsala wine), or its chicken alternative, is probably the most popular dish for tourists. Goat and lamb, often served of flavoured with citrus fruit are generally very good but you might like to try ‘milza’ a sandwich made with calves spleen. This is actually very tasty but, for most of us, one particular dish only for the brave-hearted and adventurous….. 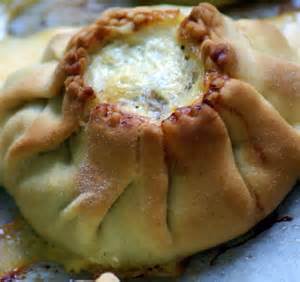 Sicily really gets into its own with desserts and this is why you will certainly need to either diet after your vacations or buy a larger trouser or dress size! 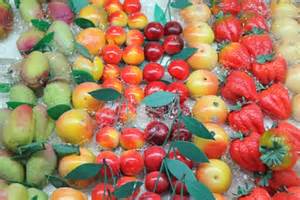 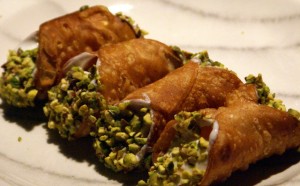 ‘Cannoli’ are wonderful tubes of light pastry stuffed with a creamy, sweetened ewe’s milk filling, ‘cassata’ being similar but in the form of a cake. A feast for your eyes as well as your tastebuds are ‘frutta di martorana’, marzipan moulded, flavoured and coloured to resemble real fruit. 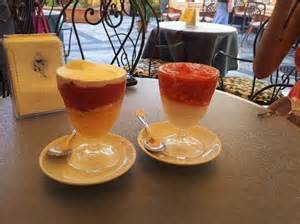 ‘Granita’ a kind of sorbet usually flavoured with orange, lemon or strawberry is renowned worldwide but the true ‘king’ of Sicilian dessert is the ice-cream, ‘gelato’. With a truly stunning selection of flavours, gelato can probably be described as the world’s first ice-cream, dating back to when fleets of runners were despatched from the icy peaks of Mount Etna with their precious parcels of snow to produce the gelato with which liven up jaded Roman palates. Interestingly, India has a similar history with ‘kulfi’ being produced in the same way with ice from the Himalayas. In the limited space we have here it’s impossible to really do justice to the Sicilian kitchen and we haven’t even started on the wines! Do try to visit this fantastic, enchanting and bewitching island this year, it’s as different from Venice or Milan as London is from Moscow….

Choose your tour operator well as some holiday companies do not specialise. My personal recommendation is a holiday which also combines the fascination of nearby Malta: https://www.italytraveltours.biz/sicily-and-malta

Many thanks to my Sicilian friend, Davide Reale, for his corrections here (he’s a great cook too). Passati na buona iurnata.