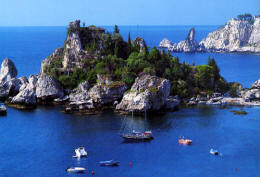 Trip from Rome to Florence,Venice , South Italy and Sicily

no child discount / child has to pay triple occupancy rate

PRICE INCLUDES:
Transportation by deluxe motorcoach
Multilingual -Escort in English and Spanish
Accommodation in a 4 star or 3 star Hotels as chosen
Meals as per itinerary . Panoramic Visit  as per itinerary with local guides

PRICE DOES NOT INCLUDE:
Drinks , Porterage, City taxes
Entrance Fees to Monuments and Museums
Tips, extras  and everything that is not mentioned in the paragraph “Price includes”

New city tax: Euro 3 per person per night will be charged locally for all accommodations in Rome