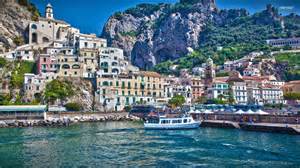 Amalfi, in the Middle Ages, was an important, independent maritime state with a population of over fifty thousand. It’s now just pretty but very popular tourist destination. The main architectural attraction is the fabulous cathedral with its Cripta di Sant’Andrea (Crypt of Saint Andrew), housing bones of the Scottish patron saint, Andrew. 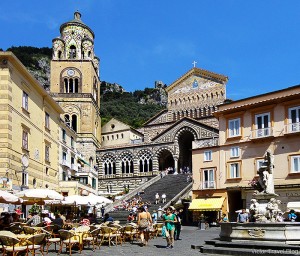 Certainly this is a little known fact to most of the good citizens of Scotland and, if you were to ask the majority of Scots shoppers in Buchanan Street, Glasgow or Prince’s Street, Edinburgh, the current whereabouts of the majority their saint, you would be treated to looks of bewilderment; tell them most the remains are in Italy and you will be greeted to looks of incredulity. 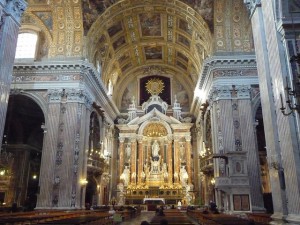 In the early days of the Christian church, during the reign of Nero, Andrew lived in Patras, the current regional capital of Western Greece. After baptising the family of the Governor (not a politically correct action at the time!), he was crucified. The X shaped cross became the symbol of St Andrew and forms the Scottish national flag (the Saltire), later a part of the flag of Great Britain after the union of England and Scotland. 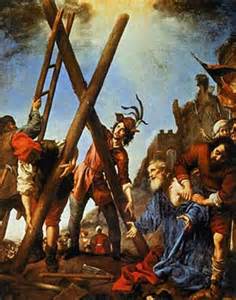 History has it that, in 357 AD, the bones were transferred to Constantinople from Patras on the orders of the emperor Constantine. When, in 1204, the French and Venetian attacked Constantinople, many relics (including the Shroud of Turin), were sent to Western Europe. The Cardinal of Capua, brought the remains of St Andrew to the town of his birth, Amalfi. 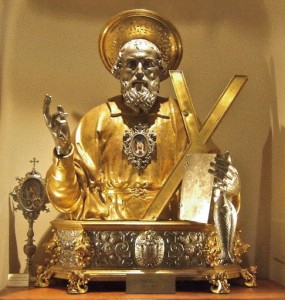 Andrew is not just patron saint of Scotland but also of Russia, Romania, Barbados and Greece. Relics were important ‘magic’ in the work of Christian missionaries and the probability is that the all bones did not remain in Amalfi but some (certainly a tooth, a kneecap, an arm and some finger bones) were exhumed by the missionary monk, St Rule, who landed in Scotland, at the village of Kirrymont , now known as the city of St Andrews. 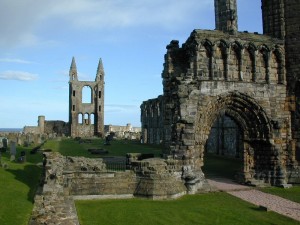 The bones of the first Apostle eventually became a centre of European pilgrimage, second only to Santiago de Compostella in Spain. Sadly the remains were destroyed in the 16th century during the Scottish Reformation. It would be interesting to know just what parts of poor old Andrew still reside in Amalfi….. To add insult to injury, in 1879, the Archbishop of Amalfi gave a further part of Andrew, his shoulder blade, to St Mary’s Cathedral in Edinburgh!

Bones apart, Amalfi remains one of the most pleasant towns on this spectacularly beautiful stretch of Italian coast and is a great base for exploring the surrounding towns and villages including lovely Positano.