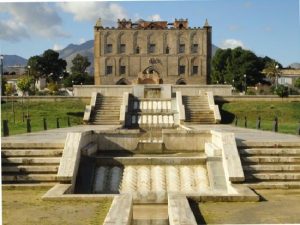 Palermo, the capital of Sicily won the title of Italy’s Cultural capital for 2019

In addition to the famed World Heritage sites of Syracuse, Pantalica Necropolis, Mt Etna, the Baroque town of Noto, the volcanic Aolinean islands and Greek Temples of Agrigento,  in 2015 several of Palermo and around Palermo sites joined the list of UNESCO World Heritage sites. The Plazzo della Zisa and other exclusive Norman buildings have always been the city’s unique architectural treasures and well deserve a prominent record on this prestigious heritage list. The golden Byzantine-style mosaics of the Norman cathedrals of Monreale, Palermo and charming Cefalu can be paralleled to only a few churches in the world.

As part of the 2018 festivities the famed Teatro Massimo known for its fastidious audience scheduled extra performances for the period with well known large scale operatic performances like Verdi’s Nabucco and Puccini’s Turando among others.

A visit to unique multifaceted Sicily should be on everyone’s bucket list from beach lovers to nature buffs, lovers of antiquities and history and appreciators of culinary adventures.

In addition to being a cultural capital, Palermo will also host Manifesta 12, the European Biennical of Contemporary art drawing extra visitors to this intriguing city. The best time to tour around Sicily is in the winter and spring months to avoid the heat and crowds. We offer several tours in Sicily as well as Sicily-Malta combination tours.