On June 3, 2016   /   Italy Travel Tours Blog
Memorial day for Italians is June 2nd each year a celebration of the new summer season and the day of remembrance: Republic Day. 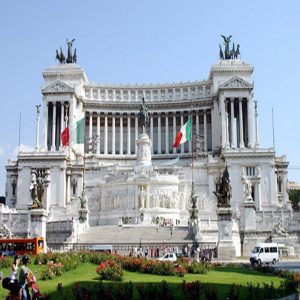 The Festa della Repubblica Italiana is celebrated to commemorate the birth of the Italian Republic. On June 2 and 3 1946, following the fall of Fascism and the end of World War II, an institutional referendum was held in which Italians were asked to vote on what form of government they preferred, either a monarchy or a republic. The majority of Italians favored a republic, so the monarchs of the House of Savoy were exiled. On May 27, 1949, lawmakers passed Article 260, cited June 2 as data di fondazione della Repubblica (date of the founding of the Republic) and declared it a national holiday.
Republic Day is a nationwide public holiday in Italy, schools, organizations and businesses are closed. Many Italians attend official ceremonies, military parades or the laying of a wreath at the Tomb of the Unknown Soldier, inside the Altare della Patria, part of the Victor Emmanuel Monument, in Rome.
Next time you are in the capital, make sure to pay a visit to this grand memorial to the Italian State – and for now raise your glass to La Repubblica Italiana, its people and varied history
Back to Top