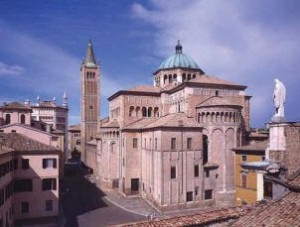 Parma, ancient city of Etruscan origin is not only famous for the Parmesan cheese, prosciutto ham and pumpkin ravioli, but  for its university, theaters, unique looking churches and the composers who once  frequented it.

The city of Parma, the final residence of Marie Louise of Austria, Duchess of Austria and Empress of France as former wife  of Napoleon was once celebrated by Giuseppe Verdi, written about by Giovannino Guareschi and appeared in films directed by Bernardo Bertolucci. It is a small town that mostly attracts art and music devotees and Pilgrimes to Toscanini’s birthplace. But it is also a popular steeping point for nature lover to its closeness the nearby mountains. The city spreads from the plains to the Appennines mountains offering nearby excursions for hiker in all seasons.

Parma is easy to visit all year round. with each season offering something unique.

In the winter it resembles the capitals of Northern Europe with typical fogs embracing it from November to February. In the mountains, the ski resorts at Schia and Prato Spilla are a favourite destination for all snow lovers.

In the spring the small town’s vicinity to the country side makes it cheerful and tranquil with garden-fresh air, while at the same time offering numerous cultural events theater festivals and street fair events where you can taste the city’s specialty, the  Tortellata di San Giovanni’ on 23 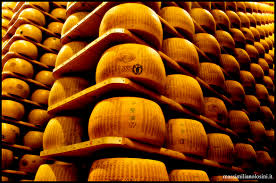 In the summer the humid climate is eased by soothing breezes coming from the Apennines. Summer evenings are colorful and lively with the numerous village feasts where delicious typical products are offered and and everyone joins the dance. 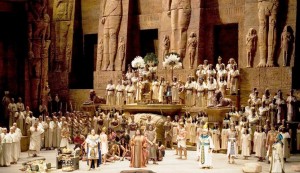 The fall season is magical, the time for grape harvesting to produce local sparkling Lambrusco in the hills and Fortana in the Emilia region. The climate is cooler, village feasts are ending replaced by more serious more important theater events culminating with the World renowned Verdi Festival in October.